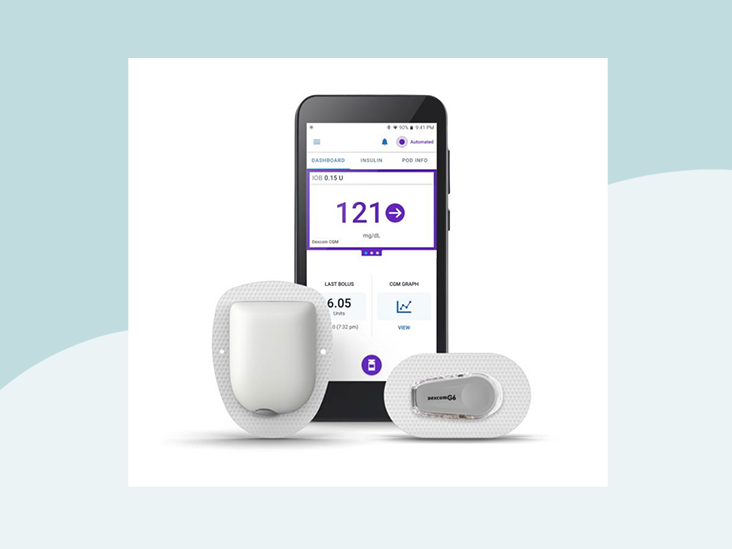 How OmniPod 5 ranks among the hybrid closed loop systems | Integrated...

An in-depth report about the OmniPod 5 and how it works. Also included are the benefits of using it and suggested improvements and comparisons to Medtronic, Tandem, and DIY hybrid closed loop systems.

Great summary, thanks for sharing @CatLady!

Thats a good review, thanks!

One of the highlights for me: “…the CGM signal, receiver and computer algorithm are embedded in the pods themselves. There is no need to have the controller at your side 24 hours a day; the pod will self-adjust basal delivery on its own. The pod will beep if there is a problem that requires user involvement, such as when the glucose drops 55 mg/dl – a nice feature for those who choose not to have the controller with them during exercise.” (They meant to say drops below 55)

After reading so many posts about the O5 on different threads here and on other D websites, I was more confused than anything else. I liked the presentation of info in this review article and thought others would, too.

This part was interesting to me. And not too encouraging, honestly.

OP5’s automated-adjustment algorithm shares a great deal in common with Medtronic’s 670/770 system. It takes the past two+ weeks of data to come up with an average daily insulin dose, of which it applies 50% to the daily basal requirement. This basal requirement yields a flat 24-hour basal rate, called an adapted basal rate, which the system can then adjust based on the current and projected glucose value.

First of all, modeling it after one of the worst pumps ever.

But the other thing is that my basal rates are variable. If you take a flat rate and then adjust it as needed for highs and lows, it would always be chasing highs and lows.

It makes no sense. If I need more insulin at night, why not have have the basal rate start out higher. Totally don’t get that idea.

If you are always reactionary and respond to an increase or decrease in BG, that can’t be as good as if you are proactive and get ahead of what is going to happen.

It makes no sense.

I get that Gary Scheiner is the authority but his description of how Omnipod 5 varies the basal makes no sense. The algorithm does not work the way he described it. At least for me, YDMV. Over the last 24 hours I have been 100% in Auto mode, avg BG was 107 yesterday. My basal was 42% of TDD and the basal dose varies considerably (70-150 range on Clarity):

When I’ve used Auto mode playing hockey, it consistently drops my basal to zero for long durations and seems very responsive afterwards when I start eating/refueling. So anyway, whatever the algorithm is doing works for me and does not seem consistent with the description in that article.

I get that Gary Scheiner is the authority but his description of how Omnipod 5 varies the basal makes no sense.

I don’t have a dog in this fight, so I am not siding with Scheiner or Insulet here. But he’s been in the business a long time and I would expect him to know what he is talking about before posting something like this.

What you are describing is not necessarily counter to what he describes.

It can adjust your basal up or down based on your BG. If a person has long periods of zero basal, then yes, their basal percentage would be less than 50% of their TDD.

So is that just an adjustment because of what was happening to your BG? Or is that the baseline basal it uses?

Scheiner is saying that it uses a flat basal profile number, and adjusts from there.

I don’t really know one way or the other, since I have never used it.

I need MUCH less basal insulin during the day as Eric describes. Like 3 times less. I’m not battling lows during the day because this system is pretty good at cutting basal as needed. I can set it to activity mode if I feel its giving too many little corrections during a meal time spike. This helps a bit. I believe during the last month I’ve had one glucose tab maybe 4 times.

Now nighttime is where Eric is totally correct. Even though my nighttime target is 110 rarely do I ever see it. My TDD just doesn’t match my night basal needs. If left up to the algo I will sleep at 130-170. Its weird because the first week I was like 115 average but over time Im averaging 145. I have started going manual mode overnight mostly. I hate this because I was hoping for nights off of diabetes duty.

I do love everything about this system during the daytime. I’m terrible at corrections during the day and the 5 has solved that problem for me even when my insulin needs suddenly increase for a few days every month. No matter how I spike this brings me down to around a 100 3 hours post meal without a low usually. But this might be because I’m pretty active and more sensitive to insulin during the day.

So is that just an adjustment because of what was happening to your BG? Or is that the baseline basal it uses?

That night basal is an adjustment the algorithm dreamed up on its own…I set my BG goal at 130 from 2am to 5am and 110 the other 21 hours of the day. This tricks the algorithm into giving me some added basal at dawn which has helped a lot with AM BG including post breakfast spikes.

Anyway, I think Scheiners description is accurate for the first pod but the whole point of the algorithm is to vary that basal throughout the day and night. So pods 2, 3, n+1 do not start with a flat basal. They start with the basal “learned” by the algorithm and they adjust from there based on the CGM trend and the user input BG goal.

I set my BG goal at 130 from 2am to 5am and 110 the other 21 hours of the day. This tricks the algorithm into giving me some added basal at dawn which has helped a lot with AM BG including post breakfast spikes.

Have you tried doing a correction that under shoots the 110 BG goal and then staying in Auto mode? If I am headed for bed and BG is trending high I will correct it and shoot for lower than 110. This requires adding some bolus insulin to the number the calculator gives you. Then the algorithm does a good job of easing the BG back up overnight by suspending or greatly reducing basal.

I have tried bolusing for fake carbs before sleep. This helps for a hour or two then I float back up for the rest of the night. If i wake up in the middle of the night I will bolus then too. It hasn’t helped much. I think im just a odd duck that needs a totally different basal amount as soon as i close my eyes.

I think im just a odd duck that needs a totally different basal amount as soon as i close my eyes.

That is not really odd. Many (or possibly most) people are the same way.

I’ll have to tweak that trick. Right now I’ve programmed 8 U/h basal between 7 and 7.30 a.m. (with 1.10 on either side). I eat breakfast between 7.30 and 8, so that 4 U is basically the prebolus I never get around to doing, and it tames my post-breakfast spikes. Wasn’t sure how I’d achieve the same effect with O5.

But what happens if you oversleep or hit the snooze?!?

But what happens if you oversleep

I’m pretty regular, which helps. But if I do stay in bed longer, then I get extra marmalade for breakfast!

That’s cool that it works for you and you are disciplined enough to get out of bed. The only time insulin scares me is when I am asleep.

I have to take anywhere from 0.8-1.1 units just for my morning coffee. But I do this as a habit when waking up. I don’t trust myself enough to have it programmed, and I don’t have a routine.