Could be nice. Would have been nicer before more reliable CGMs though. 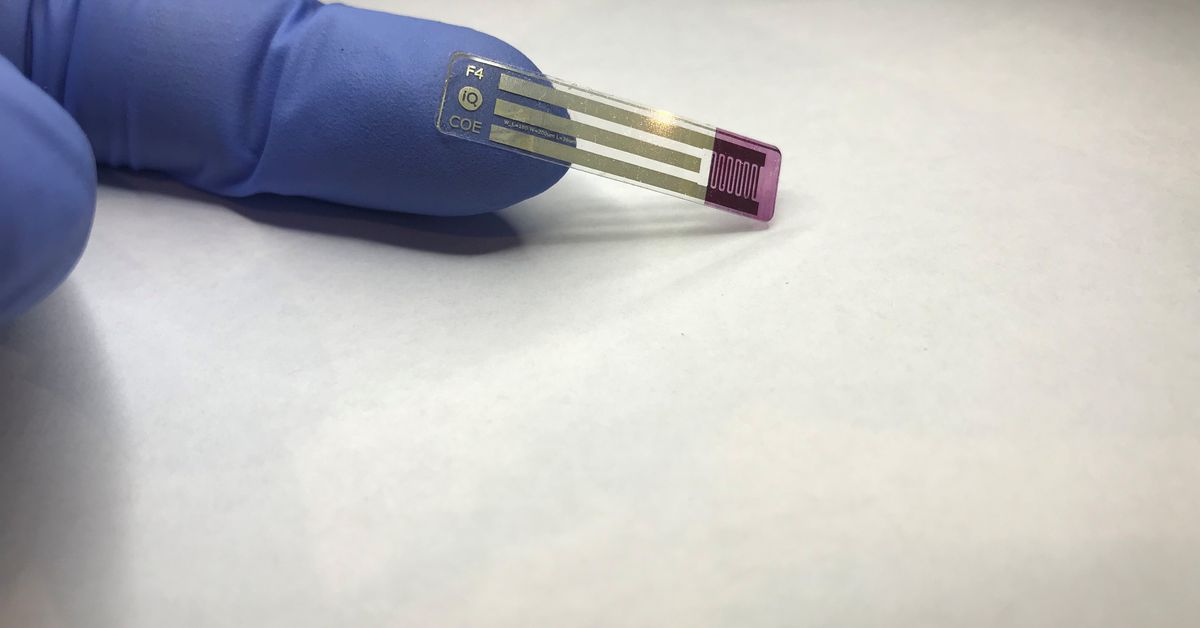 Australian scientists say they have developed the "holy grail" of blood sugar testing for diabetics, a non-invasive strip that checks glucose levels via saliva.

Interesting, but why do they use the term
“diabetes sufferers”…

I consider myself to be a diabetes reveler, how about you?

…maybe I’d better elaborate before I get in trouble. Local terminology in some places calls any kind of medical issue an “affliction,” and someone so afflicted is termed “a sufferer.” “To suffer an affliction” says nothing about a state of misery, it just means “to have that medical condition” and nothing further is connoted.

However, this latest test works by embedding an enzyme that detects glucose into a transistor that can then transmit the presence of glucose

Ok. That’s the invention; yet another way of detecting glucose in a fluid, but where is the “non-invasive” part; that depends on getting the fluid in the first place.

I guess there is some correlation with BG levels in saliva and BG levels in blood; after all, those of us who are old enough grew up with testing BG levels in urine, which is also non-invasive. Yet I don’t think these guys care about that (rightly so; printing glucose, or other, test strips may well have merit). More likely reuters are pumping an interesting story that they knew they couldn’t sell…

Sorry, fud obliged that I translate the term to science-speak, hence the []. Modern communication…

That’s just the turn of phrase in Australia.

UK too; I’d never realized this didn’t work in US english! (I’ve been living here, the US, for over 25 years…)

One suffers from an affliction, therefore one is both afflicted and suffering. The only question in my mind is whether the affliction is diabetes, as opposed to non-production of insulin or insulin resistance. After all, there are uses.

I consider myself to be a diabetes reveler, how about you?

Usage: It is better to avoid using the words suffer and sufferer in relation to chronic illness or disability. They may be considered demeaning and disempowering. Suitable alternative are have , experience , be diagnosed with

This would be really cool. Save those fingers~!

There’s been a move towards more person-centric language to take the focus off the disease or disorder and be more inclusive. I agree that “sufferers” is a bit weird and In the US they would probably say “persons with diabetes”. Amputees are now “persons with limb loss”, which is also more inclusive of the people who were born with it (i.e. congenital amputees). Para/quadraplegics are now “wheelchair users”, which also includes the wide range of other reasons you might need a wheelchair.

You have to wash your hands before using a test strip to avoid contamination with sugars and carbs you might have touched, but you actually eat those carbs using your mouth. Do you have to clean your mouth out before using these? How do they avoid detecting the carbs in something you may have eaten?

This reminds me of the old adage, “Quick, Cheap, or Good- choose two”. This sounds like they nailed quick and cheap and don’t even mention how well it works.

You have to wash your hands before using a test strip to avoid contamination with sugars and carbs you might have touched, but you actually eat those carbs using your mouth. Do you have to clean your mouth out before using these?

Indeed, here is the horse’s mouth: 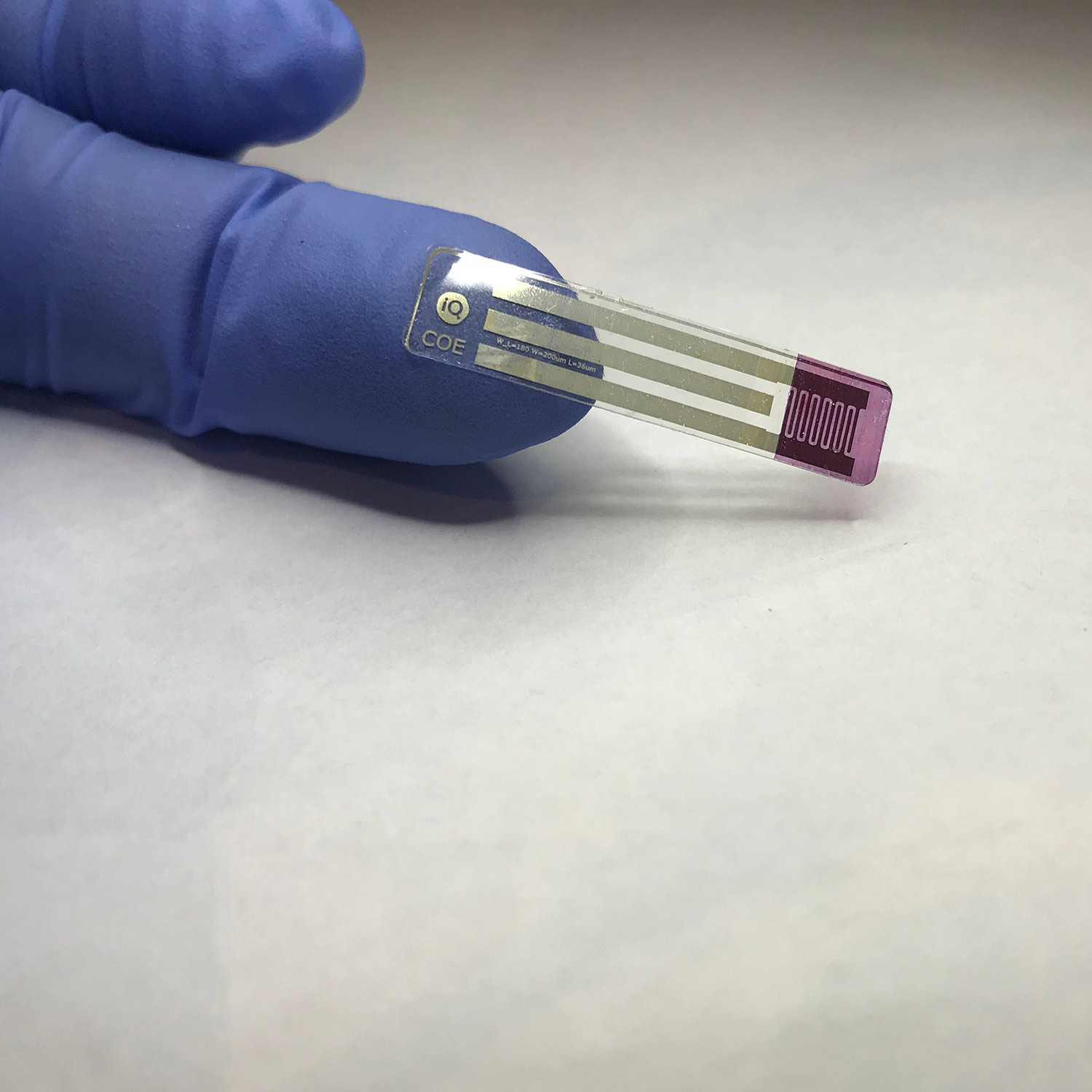 A world-first, pain-free diabetes test developed at the University of Newcastle could be in the hands of consumers following $6.3 million in funding to establish the first manufacturing facility for the device.

I particularly love this quote:

The saliva test makes painful finger-prick testing for type 1 and type 2 diabetes obsolete, representing the first major innovation since the blood glucose test was developed in the 1960s.

Initially licensed in 2016 to commercial research partner, The iQ Group Global - a life sciences company developing non-invasive, real-time diagnostic testing for patients, the saliva glucose biosensor was listed on the NASDAQ on Christmas Eve in 2020 under GBS Inc. It raised US$21.6 million (AU$27.4 million) at its Initial Public Offering (IPO).

So it’s a corporation, not, as Reuters suggested:

Interesting sleuthing, @jbowler. I got the impression the thrill for the developers was printable transistors – cheap and easy. Then they seemed to wildly grab at some application people could easily relate to, to give their invention some good publicity. Seems to have worked!

I used non-invasive strip tests in the 1980. They were cheap, came in a tear-off roll, and were biodegradable. As you got higher they turned green and darker. Washing your hands was suggested you multiple reasons.

I used non-invasive strip tests in the 1980.

Do you have a product name, from the past? The possibilities seem interesting, and most new stuff originated 40 years ago.

Ah the ignorance of the young. Lilly made it. The product name was Tes-tape and you peed on it.

Dang. I’d hoped it might be reacting to skin secretions, as opposed to those of the kidneys which are, alas, too late and too difficult. Clinistix reinvented.

Lilly made it. The product name was Tes-tape and you peed on it.

I used tes-tape for many years, and also doing the urine+water drops in test tube, then adding the magic tablet that fizzled it all up and turned colors. And got really hot!

They were non-invasive, and better than nothing.
Primarily used log of dates/results to show doctor, that might lead to dosage or diet changes.

I used tes-tape for many years, and also doing the urine+water drops in test tube, then adding the magic tablet that fizzled it all up and turned colors. And got really hot!

Clintest! Yeah; convinced me I should do chemistry. I persuaded my parents to get me the chemistry kit as a present etc… IRC it’s copper in both (the tes-tape green makes me thing that). Excellent example of an exothermic reaction in the Clinitest case.

As Archimedes said, “Give me something that gets hot enough and a place to put it and I can blow up the earth.” Or something like that. Never trust a quote from me.