For those who've been able to eat low carb for YEARS

What’s the secret? How do you stick to it? What the heck can I eat that’s actually going to be something I want to eat. I have no skill nor interest in the kitchen. I am busy and like grab and go, but I could stand doing a crockpot or quick stir-fry, protein with veg in the oven or salad, but all of that gets old and is never really what I want to eat.

I don’t do breakfast, so that helps. Lunches are easier when I’m at home but I always “crack” when I am out or at the office. I am sick of hardboiled eggs. Yogurt seems to make me go up even though it’s the low carb kind and I dose accordingly. I don’t love protein shakes, but can do them on occasion.

I binge on low carb substitutes like crackers and bread so it’s easier for me to just avoid those all together. But I can’t just eat salami and cheese either.

For me at least, I try to set my looping to where I have a fairly low amount of insulin. By not allowing myself to get hungry, it seems as though the number doesn’t spike very much. Throughout the day there will be times when the number drops naturally at which point it’s a good time for some carbs…Also, I think that quality of food will dictate more of the amount of effect it has on BG rather than simply how many grams of carbs.

I am leaning towards this because the carbs just swing me even with ControlIQ. I just had a 75g carb meal, which I don’t normally have. I was scared to take that much insulin, so I bloused for the first 40g and then I ate the next 35g but I didn’t bolus for those. NOW I’m GOING LOW. It’s so frustrating. I’m about to go into a meeting and I’ve got my glucose tabs ready, but yeah this sucks. I plan to low carb at least when I’m out of my house because this is so frustrating and scary too.

So you ate a 75g carb meal, only took about half the insulin, and still went low. That’s not quite in nightmare territory, but somewhere in that neighborhood I guess.

It looks like you’re considering low carb as a way to avoid the whole thing, and that’s a valid way that some folks do with great success, but for myself, I like carbs and lots of them, so for me going low carb would be a complete desperation strategy.

So do you want help working on that incident and maybe insulin dosing in general, or have you had just about enough of this for the time being?

I think I want to give low carb a valiant effort because my exercise is suffering and that’s really annoying me. If I am fed up w low carb in a matter of days as is my usual experience then I’ll maybe reach out for help again. Thank you

Yesterday I biked my route that’s 5K each way. Started dropping like it’s hot at the half way mark and then had 5K back to do with double arrows down. I was the only person on the trail and was really nervous. Had a bottle of vitamin water (full sugar) and 10 glucose tabs, made it to my car and was still dropping. Locked the doors and called my Mom so someone knew where I was, but I ended up leveling out and drove once I was over 5. I hate stuff like that it scares me big time!

my exercise is suffering and that’s really annoying me.

Do you want some help with that?

Sorry to hear, it sounds like you have a good system going.

I decided pretty early on that I was going to snack in just about every meeting if I had to. One time I had an executive say, oh that looks really good, are they serving those in the board room?

No, I just want to complain. Lol just kidding I appreciate the offer very much, but I’m going to try the low carb route and then circle back when I fail at that, if past behaviour is any prediction of future behaviour. Today I’ve had coffees and 1 cup of ground beef. Yuck.

EDIT: changed my mind. Sure, I’ll take the advice please and thank you.

Okay I’ll change my answer. Good point, I’d like to know the advice too, as I’ll likely be heeding it.

EDIT: changed my mind. Sure, I’ll take the advice please and thank you.

Heres an example of Eric’s help with another member. He knows his stuff!!!

@Eric , i am trying to figure out where i fit in in the scheme of things regarding high/low BGs before, during and after exercise. as a swimmer, i must detach from my pump before i swim. so, i dont have the luxury of setting a temp basal rate. i swim w/out IOB at all. just a pre-swim Ucan bar 1 1/2 hour before i jump into the pool. Ii do this for 2 reasons: 1) b/c my BGs go low from the exercise, and 2) b/c my body needs the fuel. now, even that i go from about 200BG before i swim down to about…

Another way to eat ‘lower carb’ is to have two meals a day be no/low carb, and the third meal be a higher carb meal. (I prefer breakfast or lunch for higher carb meals, as I am AWAKE to deal with any issues.)

Btw, I have done NO CARB (nightmare, but I did it for 6+ months straight.) low carb, HIGH carb, and everything in between.

Having a good diet that is actually appetizing is the key.

Also, you can still eat other things, but it will just be a MUCH smaller portion than you would normally eat.
You would be surprised how good it feels to eat a handful of nuts, a spoonful of peanut butter, etc. along with a no/low carb meal. Really can help out how you manage your hunger and mental state of mind.

Honestly, what I found is that I eat more carbs now, but I make sure it isn’t a carb only meal. I make sure it has plenty of protein and fat. For items like snack bars, I prefer to have the fat be the same amount as the carbs. This makes it feel more satisfying, and more importantly, higher fat slows down how fast I spike from carbs. Which makes it MUCH easier to deal with insulin wise.
A carb only meal is pretty much asking to go on the rollercoaster ride of BGs going up and down before you get it under control again.

Hardest part of low carb is learning what foods you can eat, and how much you can eat before it affects you.
When I eat really low carb, I don’t even bolus, I just let the Tandem pump with Control IQ automatically make basal adjustments and ignore the pump, my diabetes, etc. This is like a mini mental vacation from being T1d.
Eggs (scrabled, fried, hard boiled, soft boiled,) Bacon, pork chops, steak, sausages (careful, lot of store bought have high carbs,) beef jerky, pepperoni, lots of things you wouldn’t normally think as a meal, can now be your meals!
Unfortunately, calories still count…

I love the idea of 1 carb meal. I already don’t eat breakfast, and I was kinda thinking no carb lunch and snacks so that after work I can exercise then eat whatever (within reason) later.

Other factors: I dropped my pump at 12pm and ripped the site out. Drove home to replace it so was about 1.5hrs no insulin and my blood sugars didn’t move at all, not even for hours after that. Weird.

Edit: it’s idk about 2 hrs post bike ride now? I’m 4.4 and trending down:( I guess that 2 units was too much. I’m not hungry at all. Maybe I’ll drink some juice.

Lovely picture. Looks like an excellent day for a bike ride.

low carb substitutes like crackers and bread so it’s easier for me to just avoid those all together.

These are yummy and don’t affect my blood sugar much: 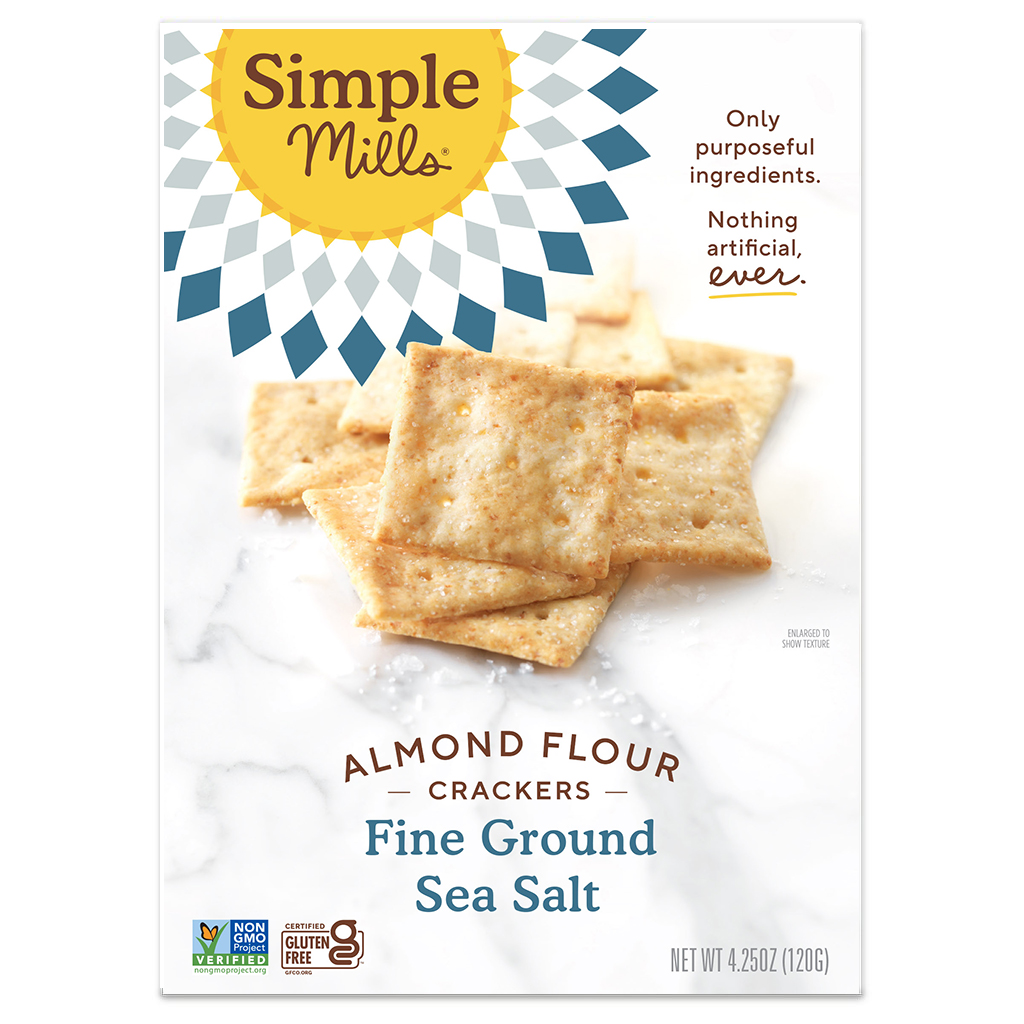 The ultimate snack. Grab a handful and fuel up for your next big adventure!

My husband follows a GF diet and this pasta is lower carb with more protein. I also extend my portion with home-julienned zucchini… The most delicious alternative to pasta. Celebrity chef AND dietitian approved. Changing pasta forever, for the better – it's pasta that loves you back!

What’s the secret? How do you stick to it? What the heck can I eat that’s actually going to be something I want to eat. I have no skill nor interest in the kitchen. I am busy and like grab and go, but I could stand doing a crockpot or quick stir-fry, protein with veg in the oven or salad, but all of that gets old and is never really what I want to eat.

Same. I don’t know how people do it without spending lots of time in the kitchen.

So far for “quick” I’ve bought: premade protein shakes, string cheese and portioned packages of nuts. I also hardboiled some eggs, and made little baggies of low carb veg. I’m going on the hunt for pre-measured packets of PB for celery and dip for the other veg. I don’t really want to eat any of this, but I don’t totally hate it or anything.

Do you hate cottage cheese and/or ricotta? Both are very low carb and highish protein. But most people hate cottage cheese, and wouldn’t consider ricotta a snack or meal. My hubby LOVES pasta, and I’ve always been more about a good meat sauce than the pasta anyway, so if we’re not doing zoodles, I just have the sauce over ricotta or cottage cheese. But after a few years, I am thoroughly sick of cottage cheese as a meal replacement.

Hi b_b,
So it sounds like you had minimal carbs before your ride, other than 1/2 a banana. And you started to drop so you had 13g mid-ride.

Some questions for you:

Have you ever tried cutting your basal before exercise?

Some general information on how the body fuels activity. There are multiple sources it uses. The body will use a combination of them all, but will use some more than others depending on the amount and type and intensity of the activity.

Carbs have gotten a bad rap in the diabetic community over the years.

Fat is a more efficient fuel per unit of weight than carbohydrate. Carbohydrate must be stored along with water.

Fat is the body’s most abundant source of energy. It is more efficient in terms of amount of weight and our body’s ability to store it, because carbohydrate must be stored along with water.

But…the process by which stored fat is broken down into fatty acids and used for energy is MUCH slower. And it requires oxygen.

In comparison, stored carbs do not provide as much total energy, but they provide instant energy. Carbs provide the most efficient source of fuel because the body does not need as much oxygen to burn carbs compared to fat. The higher the intensity of the activity, the more necessary carbs become.

Also, if you have no carbs, you can’t even efficiently use your body’s fat stores.