I stumbled on this topic and immediately I thought of this sketch called Diabetes Intervention by Studio C. They do a good job mocking ignorance about diabetes. I find it hilarious and frustrating at the same time. Have you ever had to deal with such ignorance?

I found this old thread again that @Boerenkool had started a couple of months ago, and I couldn’t help viewing the whole clip again. Hilarious! (and also a bit sad because so true)

Thanks for bumping this back up, @Michel! This is hilarious.

I haven’t had to deal with a lot of ignorance yet (except Facebook friends selling Plexus…); the only issue I’ve had is family asking if this will go away. I think, just like me at first, they couldn’t wrap their heads around the fact that LADA is basically Type 1, and there’s no possibility of reversal like some cases of type 2 (my mom had steroid-induced pre-diabetes after a major surgery and reversed it with diet/supplements).

You are her little girl – she will have a hard time accepting whatever bad thing happens to you. It’s really difficult for parents to accept the situation (it took me a year).

Fortunately (but not), this is the latest of several things I’ve inherited from my dad and her, so she’s now used to me being sick - one of my sisters and I so far have been the ones to get the worst combination of their genes: a muscle disease and 6 autoimmune or autoimmune-related health issues. I cannot imagine how she feels about this, because I dread and fear passing any of this to my children.

Fortunately (but not), this is the latest of several things I’ve inherited from my dad and her, so she’s now used to me being sick

This is the pits.

Be sure to remember that we are all here together. We can help each other. We understand better than others what we are all going through.

Cheering for you - your friend Michel.

This is the pits.

Ha, no kidding! We tease (my parents included) that they have the worst combined genetic diseases, but they really do! It could be a lot worse, though, and it all can be managed with meds/supplements/diet.

And thank you. I can’t convey well how much this forum is helping me, especially right now as I’m (finally) dealing with a lot of the emotional stuff that comes along with this diagnosis.

I cannot imagine how she feels about th

My mother, from whom I inherited my physical maladies, was devastated at my D diagnosis.

This was about the time that there was a Russian doctor visiting nearby who was doing some pioneering work in beta cell transplants. Although at that time it was certainly not a feasible treatment, she went to lengths to get him to accept me in his American research facility in Santa Barbara. And I went to the same lengths to refuse to go.

I don’t think she ever stopped blaming herself. I think the best way I was able to contribute to her absolution was to live a healthy and successful life.

I don’t think she ever stopped blaming herself.

That’s so sad. My parents have 7 children, only 1 of whom has not had any hint of the family health issues (so far - we’re still pretty young, with the oldest being only 30). Imagining the kind of guilt your mom went through times 6…

As far as my D diagnosis goes, though, I think it helps that I was just diagnosed last year, so it’s not like she had to be the one to parent a CWD (I still am amazed at those who do; such strong people to deal with that). I feel like maybe that helps relieve the burden of responsibility a little, not seeing, analyzing, managing it 24/7. 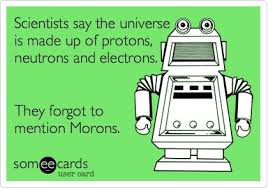